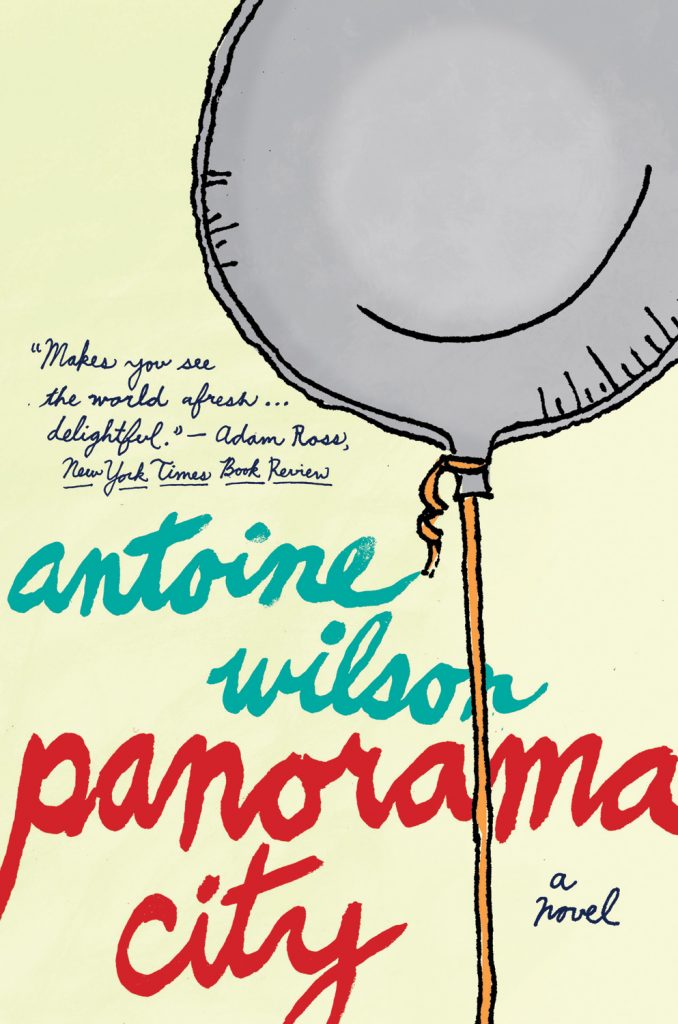 From his deathbed*, twenty-eight-year-old Oppen Porter–an open-hearted, bicycle-riding, binocular-toting, self-described slow absorber–unspools into a cassette recorder a tale of self-determination, from village idiot to man of the world, for the benefit of his unborn son.

Written in an astonishingly charming and wise voice, Oppen’s account traces forty days and nights navigating the fast-food joints, storefront churches, and home-office psychologists of the San Fernando Valley. Ping-ponging between his watchful and sharp-tongued aunt and an outlaw philosopher with the face “of a newly hatched crocodile,” Oppen finds himself constantly in the sights of people who believe that their way is the only way for him.

Oppen Porter is “an American original” (Stewart O’Nan) for whom finding one’s own way is both a delightful art and a painstaking science. Disarmingly funny and surreptitiously moving, Panorama City makes us see the world, and our place in it, with new eyes.

“This is a book you will hold in your head all day long, a book you will look forward to when you get home from work, a book you will still be savoring as you drift into sleep. Panorama City is often very funny. It is filled with joy and wonder, and a sort of goodness you had stopped believing might be even possible. Antoine Wilson’s sentences are like diamond necklaces but his greatest treasure is his human heart.”

Peter Carey, author of Parrot and Olivier in America

“This funny and wise novel reminds one that the best fiction often treads the subtle line between tragedy and comedy. With ears keenly tuned to the music of language, and a limpid mind slyly hidden behind a persistent soliloquist, Antoine Wilson has written an intricate novel that makes us laugh and cry.”

“God bless Oppen Porter! His innocence and lack of pretense are our good fortune and our delight. Under his observation, our follies and schemes and manias go up in the brightest, funniest, heartrending flames. This is precisely (and artfully) because he does not judge them. Panorama City is charming and absurd, very funny and, best of all, humane through and through.”

“Antoine Wilson draws us in to the weird, wonderful world of Oppen Porter, whose advice and lessons are jarringly original, funny, and moving.”

Steve Hely, author of How I Became a Famous Novelist

“Oppen Porter is an American original, an innocent who believes he’s bursting with wisdom. The funniest thing is that, despite himself, he actually is. Though it takes place in down-at-heel Panorama City with its crappy burger franchises and abandoned shopping carts, The World According to Oppen is full of wonders and mysteries.”

““Charming and oddball…A bracingly humane story whose narrator’s wisdom and forbearance make you see the world afresh…A delightful performance, a winning and warm story whose success can be credited to Wilson’s canny and often piercing use of Oppen’s sensibility.”

“A gift . . . An astonishing narrative that offers the pleasures of irony without the sting . . . Nowhere in [Oppen’s] purview is there blame or regret. He travels from innocence to experience without falling into disillusionment. The great triumph of the book is that Oppen matures without spoiling. He comes to affirm the integrity of his innocence, which is its own wisdom.”

“A crisp comic novel…This isn’t, by heritage, a California book….Panorama City’s spent quality, its ruminative room, recalls some of the best of the mid-century South, New Orleans specifically, The Moviegoer and A Confederacy of Dunces, particularly. Those books never mistook time spent seeing through a cracked idea for a loss of urgency. Their absurdism was a claim on the page, a strong-arm of a story from the concluders…Wilson’s [novel] is a trot and a treat.”

“In his second novel, Antoine Wilson brings much comedic grace and a sure feel for Southern California. In spots, Panorama City is laugh-aloud funny, building toward a slapstick climax that the Marx Brothers might have relished . . . Wilson has said his aphoristic, funny novel is meant to make a case for direct observation over ideology. It does. It is also worth cheering for taking a route rare in serious contemporary fiction: finding a way to a happy ending.”

“As enjoyable a comic novel as I have read all year, a coming of age story that vividly captures the modern world through innocent eyes.”

“Fresh and flawlessly crafted as well as charmingly genuine.”