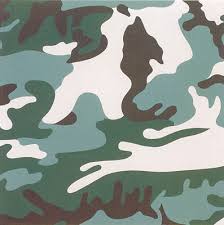 Some of you commented that my most recent post was your favorite. Either you like to watch state officials in their youth smoking weed, or you are naturally drawn to the aesthetics of the cameraphone picture. I’m going to roll the dice that it’s the latter.

First of all, loyal readers know that I’ve half-assedly called out several vanity plates on this blog. Here’s where I confess to having had one on my car.

A little background: Before I went off to Iowa, I decided to get myself a new (used) car. My 15-year-old Volvo wagon was on its last legs. I had always dreamt of owning a Lincoln Town Car. I had gone so far as renting one while on a trip to Idaho (of all places), but I hadn’t exactly been scanning the classifieds.

Then one day, my dad called to tell me that the Orthopedic Hospital Thrift Shop in L.A. had an eight-year-old silver Town Car for sale. We went to check it out, and next thing I knew, I was rolling in the Silver Bullet.

My L.A. friends thought it was ridiculous, then stupid, then genius. All it took was one ride to convert them.

The LTC served me well in Iowa and Wisconsin. Of course, it was a hockey puck in the snow. And people kept asking me if I’d inherited it from my grandparents. But it was a great time.

When I got back to L.A., and moved in with my soon-to-be-wife, I realized that the Town Car didn’t exactly “fit in” with the whole Santa Monica / Brentwood culture.

And I wanted to fit in. Or at least appear to fit in. I wanted to disappear into the landscape. But I couldn’t afford a bmw or an SUV. I was stuck with the LTC. So I looked around for camouflage. What did these honking, swearing, swerving fancy-car-driving people have in common? How could I join (or appear to join) their tribe?

Eventually, the LTC died and was donated to the Liver Foundation. I retired the “late for yoga” plate along with the car, in part because I’m in another Volvo wagon now, and the plate wouldn’t work on it. There’s no ironic distance.

It would be like trying to camouflage a tree in a forest.

One thought on “camouflage”